FORGET EVERYTHING YOU KNEW ABOUT CONNECTION

When was the last time you truly felt close to someone?

Not Facebook “connected,” but connected… Where you stay up all night talking because you just can’t stop. Someone finally gets you.

If it’s been a while, that’s because we’re taught that to network well or date “the right way” we have to prove ourselves: Say fascinating things.

Impress everyone. Do more. Try harder. Never complain. Smile. ALL THE TIME. ARE YOU SMILING YET?

These rules—in dating and in business—are exhausting.

And the big dirty secret? these rules don’t work for the type of connections we need.

You know this. Yet you still read clickbait content until 3 a.m. because it’s easier than risking rejection. You never hone skills that support intimate relationships. Instead you default to wooing people with rehearsed lines and recycled content.

…instead of photoshopping your Tinder photo or practicing your business pitch in the shower, you learned how to talk to a real human in broad daylight? Could be a date, a prospective client, a new friend, anyone!

…it was easy to approach a group—without liquid courage—and lead a conversation lasting well after the coffee pot runs dry?

…you learned how to listen and engage back in a way that made people feel good just talking to you?

WHEN YOU DO THAT, YOU ATTRACT PEOPLE WHO MAKE LIFE WORTH WHILE

Approach, attract and connect with the opposite sex by building skills in the classroom. Practice these skills in the real world with the support of our coaches.

Expand your network in 10 minutes or less. Custom courses designed to help you and your team pitch, network and lead with empathy and confidence.

One-on-one attention to help you identify and push past sticking points. Reach your relationship goals whether you’re single or spoken for.

Join Boost for access to bimonthly conference calls, monthly assignments, email accountability and a private Facebook group. For both men and women.

We’re a group of business and life coaches who specialize in the intersection of dating and networking. (Because yes, the two are intimately related.)

We help people find Their People, whether they’re looking for that elite CEO or the partner of their dreams.

Simple. We don’t trot out the same tired tricks used by networking pros and pick-up artists.

Our teaching style is constructive and intuitive.

We don’t give you scripts—we give you tools to help you listen.

We don’t give you pick-up lines—we give you the ease of knowing what to say because it’s already within you.

Think of it this way:

You wouldn’t spend a year reading 100 books on how to ride a bike. You’d hop on, with a trusted friend to keep you steady. You’d feel the sensation and learn how to autocorrect. By this time next week you’re whizzing down hills.

To learn—and above all to connect—you have to practice. We provide the safe space and expertise so you master it.

“The information was not esoteric. It was digestible. Our coach brought out the best in me so I now relate better to all people. Sure, I was there to get better with women, but it made my whole life better.”

“It feels like I’m finally starting down the path I’ve been looking at my whole life.” 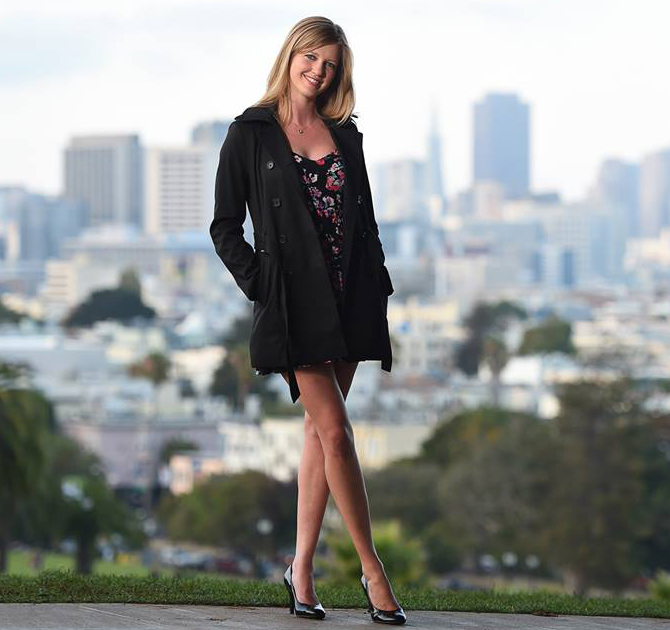 I had an eyepatch when I was 6. I had a lazy eye and huge glasses, and I wore stirrup pants with hypercolor, oversized t-shirts.

But my heart was huge and strong. I loved all people and tried to befriend everyone I met.

Because kids are kids (aka awful), I went through a major identity crisis by the ripe old age of 8. I lied to everyone. I said I was born in Hawaii so I would sound interesting. I pretended to like the same music and movies as the popular kids, even when I didn’t. I invented boyfriends to look lovable.

Not until college did I get called out: “Megan, you kind of lie all the time.”

That was the moment I became obsessed with the truth. With raw, open vulnerability. And it changed my damn life.

My shallow relationships faded away. What remained was a core group of beautiful, incredible people who gave energy to my life.

Years later, after studying psychology and happiness, I dated a dating coach. He introduced me to the world of pick-up artists, where I audited a class and later became the voice of reason in a room full of men hopped up on testosterone.

“I’ve never encountered instructors who want to see you succeed more than these guys. They stand behind their students more than anyone else. With Megan, your feedback comes straight from the source.”

I spent 7 years coaching for Art of Attraction, putting balance and empathy back into the dating world. I built my reputation on building men’s confidence and visibility, teaching hundreds of men how to approach women with respect and success.

Eventually, I dove into the world of women’s dating, opening their eyes to their worthiness of big love, while attracting great people.

I have a gift for immediately identifying people’s most extraordinary qualities.

As I grew my business, the dating techniques I had taught for years served me well. I found I had an easier time networking and landing new clients. It’s unsurprising: Connection is connection. The same skills apply when you ask for a business card or pitch your company.

Today, along with my team, we offer workshops to help professionals effortlessly connect with their people.

“Megan gave me permission to be myself. I had no idea it would be so simple.”

But my best asset? I care. A lot. About you. About how the people of our world interact with each other. And if you’re chomping at the bit for connections that will enrich the rest of your life, I want to meet you.

Have you ever wanted to “talk it out” with an expert? But none of your friends conveniently happen to be dating coaches?

Whether it’s a date who never called you back or a LinkedIn request left unanswered, we’re offering free phone debrief sessions (for a limited time!).

In half an hour we’ll:

Reserve your session by completing the form below. A member of our team will be in touch within 24 hours to schedule your call.